A Solution for Life Changes 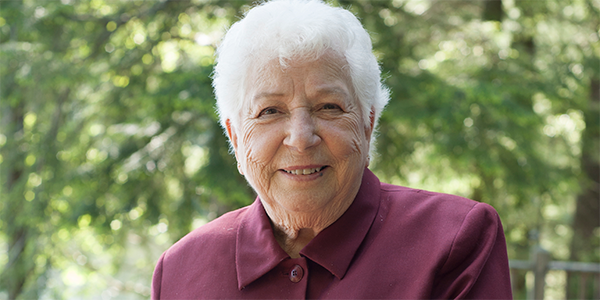 Jenna moved to Indian Valley ten years ago with her husband Walter following their retirement from a small liberal arts college, where they both were on the faculty.

Having no children and not being overly extravagant, they had enjoyed a comfortable life together, despite the modest pay received from the college. Over the years they had invested a small amount in mutual funds and put the rest of their savings in CD's.

After the move to Indian Valley, Jenna was able to teach Elizabethan History part-time at the local campus of the State University. Walter was finally able to devote more time to his woodworking; selling his handiwork at local flea markets.

Walter and Jenna had been very generous with their philanthropy. They often referred to it as their "healthy (for the soul) extravagance". They had supported their church, alma maters, a local youth athletic organization, and the hospice that cared for Elizabeth's mother until her death. All of this changed a year ago, when Walter was diagnosed with terminal cancer and died nine months later.

Jenna stopped teaching two months prior to Walter's death and now has no desire to return. In reviewing her financial situation, she realized that, without the income from Walter's crafts and her teaching salary, some changes would have to be made. Adding to this, many of her CDs were going to mature soon and the current rates were thirty to fifty percent less. She was faced with the undesired likelihood of curtailing her philanthropy.

Hearing that Univest Foundation helps people develop and attain their philanthropic goals, she met with a Foundation Officer. The Officer told her that there was a way to increase her current income and still provide for her favorite charities to a greater extent than her current situation afforded her.

He explained that she could purchase a charitable gift annuity when her CDs mature at the end of May. She would receive a fixed rate of income (determined at the time of purchase) for life and could designate the charities that would receive the balance at her death. He explained that Univest uses the rates suggested by the American Council on Gift Annuities. Currently, the rate for an individual 75 years of age is 6.3%; quite an increase over CD rates.

The Univest Foundation Officer further explained that Jenna would be entitled to a charitable income tax deduction for a portion of the gift, and that a portion of her annuity payments would be tax free for federal income tax purposes. Based on current economic and life expectancy factors (which change monthly) used in calculating the deduction and tax free amounts, Jenna would receive an income tax deduction equal to 45% of the face amount of the annuity (e.g. $4,488 for a $10,000 gift annuity). She would also be able to exclude 70.6% of her annuity payments from her federal income tax return (e.g. $445 of the $630 received annually from a $10,000 gift annuity). Given the fact that Jenna was in a 15% tax bracket, this would mean that the effective rate of return would be 7.6%. She agreed that this was an excellent option for her.

Jenna told the Officer that she was so pleased with the charitable gift annuity concept; that she was going to tell her "kid brother" (age 59) to purchase one from Univest Foundation. The Officer pointed out that the current rate of 5.0% might not be attractive to someone that young, but her brother could increase the rate by deferring the start of payments until a later date, such as his retirement.